Ten days ago I flew into Ethiopia. The plan: First travel the country and then do some charity work. Either here in Ethiopia or somewhere else in Africa. And then probably travel a bit more, maybe Tanzania, Uganda or South Africa, depending on how much money I would have left at that point.

Now, ten days later, I am sitting in the departure lounge at the airport in Addis Ababa waiting for my flight out of this country. What happened? Well, let me tell you: Ethiopia happened. The last ten days have been the most challenging, exhausting and hardest days of my life. Ten days that literally and without exaggerating felt like months. What started to seem like a really interesting experience turned into the hardest traveling I have ever done. I can take a lot, but this country took me to my limits. Let me tell you why.

While traveling South America I thought of it as quite a poor continent. This view changed the second I arrived in Addis Ababa, the capital of Ethiopia. Wherever you look everywhere are people walking the streets, sleeping at the sidewalk or talking in the middle of the road. It`s loud, dirty and full. And where ever you look, there are no tourists around. The second you get out of the taxi you are looked at. Well, more like stared it. It is the absolute culture shock. I thought I have seen quite a bit of poverty so far. But all that was nothing compared to Addis Ababa. We spent the next day walking around the city and my feeling of intimidation got a little bit smaller. But still at the end of the day I was ready to leave this city. I wanted to get out of it and see the “real” Ethiopia.

So we decided to see the north of Ethiopia. The next big city in the north was Bahir Dar. But because it`s a twelve hour bus drive there and because we didn`t actually just wanted to see another city we decided to go to Dejen, a small village four hours north of Addis. If you want to get around in Ethiopia you have three options. 1. You hire a car and a driver, but that was way out of our budget. 2. There are three big bus companies that have big size buses but these buses only drive very long distances. 3. You take a minibus. Those are small vans that stop in all small villages. Those are the buses the locals take. As we were going to a small village, we had to get one of those mini busses there. So we took a cab to the central bus station in Addis. The second we stepped out of the taxi we were surrounded by locals. I am not kidding when I say there were around 20 people standing around Mike and me, asking us where we were going. We said “Dejen” and immediately two people said “yes, yes, follow us” and they started walking across the bus station. So Mike and me followed them, being watched by hundreds of people. We were the only white people at this bus station (as we were one of the only white independent traveller in this whole country as we should soon realize) so we were THE attraction. And of course, we were a walking Dollar sign. So I don`t know why it even surprised me that, when we arrived at the bus to Dejen, the price for the journey was double as high as we expected. We were obviously charged a faranji ( foreigner) price. We tried to haggle and when that didn´t work walked off only to realise that this seemed to be the only bus to the place we wanted to go to. So if we wanted or not we had to bite the bullet even though we knew and even though the bus driver knew that we knew that we were being massively overcharged. That was probably the reason he then offered us the seats in the front – so at least we got just a little something for the horrendous money we paid.

And then we left Addis and oh how happy I was to leave the city and get into the country side. Mike and me hadn`t have breakfast this morning so we got out our bag of salami sticks that I had brought with me from Germany. Wanting to be polite I offered our driver who sat next to me one of our precious salamis. He looked at the salami stick in his hand and asked me what it was. I said: “Salami. Meat.”  And with a disgusted look on his face he handed it to his friend in the back who threw it out of the window. So just a tip for all you out there: It´s not the best idea to offer a really religious man meat in fasting time. We should have probably thought about that…

So as this was a great start we kept to just looking out of the window. And I tell you what: The front seat paid off well. The next four hours I was just looking outside, taking everything in, trying to realize that I am just in Ethiopia and seeing a place on earth not a lot of people go to. We drove through little villages, saw cows on the deserted fields, chicken and sheep on jeeps and lots of people walking along the road to get to wherever they had to get to. We drove through the amazing Blue Nile George – a mountain/crater side that looks exactly like the Grand Canyon. Except the fact that this was a place I – and I bet 99, 99 % of you – never heard of before. Which made it even more amazing as there were no tourist, big tour buses or McDonalds next to it. Just us in a min bus driving through this amazing place. And then we even saw some monkeys. Some big ones. We were driving around a curve and suddenly I saw something big on the street. My first thought: Oh my god, there is a lion on the street. (Mike told me later, he thought it was a bear.) But as we got closer I realised that it was a hell of a big monkey. He slowly trotted off and we drove past him and lots of his friends.

Then we finally arrived in Dejen – a very, very small village. Basically one road with a few houses next to it. We got off the bus and walked to our hotel for the night – while being stared at from everyone around. And let me tell you, the streets in Ethiopia are always full. We checked in our room (which cost us each 2,50 US$), had a walk through town and then had a nice, cold Ethiopian beer. And let me tell you: Ethiopian beers are good! We were quite hungry but didn`t understand anything on the food menu as it was written in Amharigna, the main language of Ethiopia which is written in its own alphabet. So we just asked the waiter to bring us “injera vegetarian”. Injera is made of a substance made from tej, a nutty-tasting grain and looks like a very big thin pancake. It comes either with meat in a spicy sauce or with some vegetarian paste and is Ethiopias main dish. And when I say main I mean main. There is basically nothing else. The injera itself doesn`t taste very good as it´s quite a strong and sour taste. But with the right sauce to it can be quite nice. That night in Dejen we had the best injera we had in the ten days as it came with rice, potatoes, spinach and a little spicy tomato sauce. (In the next days we tried to get the same dish in other places but never found it again.)

The next morning we decided to keep going as there really was nothing to do in Dejen. We wanted to get to Kosober, another small village on the way to Bahir Dar. There we wanted to explore the area a little bit. To get to Kosober we needed to get to Debre Markos, a bigger town not too far from Dejen to then get on another bus there to Kosober. We walked to the bus stop and asked for the price to Debre Markos. And as the day before we felt like the price we were told was just ridiculous. So instead we decided to try and hitchhike. We walked to the end of town and put our thumbs out hoping that one of the trucks would stop. While we waited and waited a crowd of people surrounded us probably thinking “What the hell are these two white people doing here?” Finally a truck stopped, we told him where we wanted to go to and he said: “Okay. 200 Birr each.” Even for a faranji price this was hilarious. We realized that hitchhiking in Ethiopia doesn´t mean the same as in Europe so we trotted back to the bus station to get a minivan to Debre Markos. And hey, finally we found a bus that charged us the same price as the locals pay. We made our way to Debre Markos, listening to the strange Ethiopian music played on the bus radio while just looking outside the window. The villages you see are made out of little wooden shacks, with only one room for a whole family. That`s the reason why everyone is on the streets. You see people walking, sitting, talking to each other, kids standing around the only Kickertable in town or just running around. Slowly it crept up on me how poor this country really is. When we arrived in Debre Markos we found the bus to Kosober and got ourselves a seat in the back row. Five minutes later the trunk got opened and a goat was put in the very, very thin space between the seats and the door… Then we left for Kosober. The journey took its time and after a while looking outside wasn`t as interesting anymore as it was at the beginning. Finally, after what seems like hours on end we finally got to Kosober. And that was where we slowly realised how hard it it to travel this country…

Why? Read more in my next blog entry coming very soon… 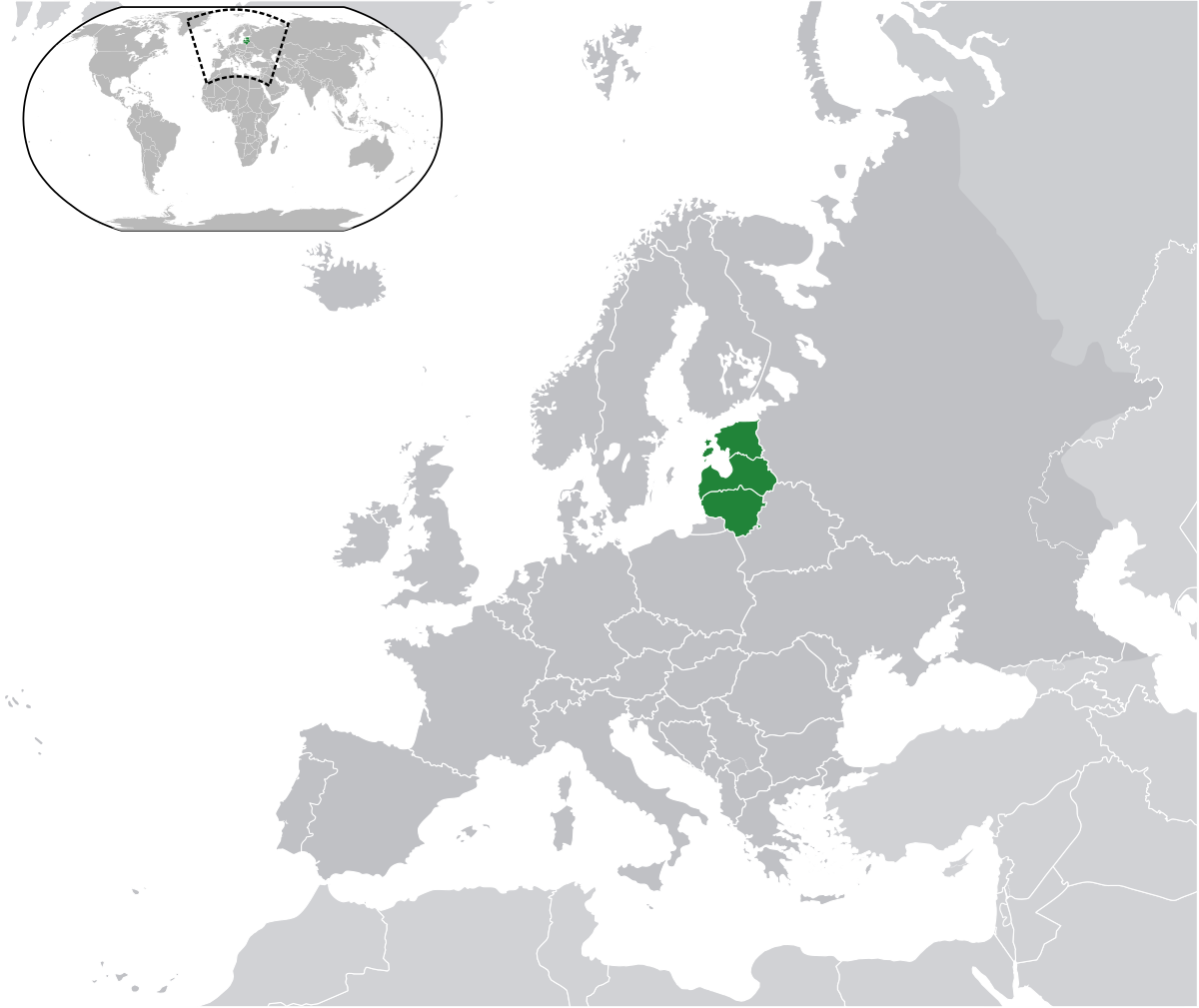